Hebrews 10:5-25 NKJV
“Therefore, when He came into the world, He said: “Sacrifice and offering You did not desire, But a body You have prepared for Me. In burnt offerings and sacrifices for sin You had no pleasure. Then I said, ‘Behold, I have come— In the volume of the book it is written of Me— To do Your will, O God.’ ” Previously saying, “Sacrifice and offering, burnt offerings, and offerings for sin You did not desire, nor had pleasure in them ” (which are offered according to the law), then He said, “Behold, I have come to do Your will, O God.” He takes away the first that He may establish the second. By that will we have been sanctified through the offering of the body of Jesus Christ once for all.

And every priest stands ministering daily and offering repeatedly the same sacrifices, which can never take away sins. But this Man, after He had offered one sacrifice for sins forever, sat down at the right hand of God, from that time waiting till His enemies are made His footstool. For by one offering He has perfected forever those who are being sanctified. But the Holy Spirit also witnesses to us; for after He had said before, “This is the covenant that I will make with them after those days, says the Lord : I will put My laws into their hearts, and in their minds I will write them,” then He adds, “Their sins and their lawless deeds I will remember no more.” Now where there is remission of these, there is no longer an offering for sin.

Therefore, brethren, having boldness to enter the Holiest by the blood of Jesus, by a new and living way which He consecrated for us, through the veil, that is, His flesh, and having a High Priest over the house of God, let us draw near with a true heart in full assurance of faith, having our hearts sprinkled from an evil conscience and our bodies washed with pure water. Let us hold fast the confession of our hope without wavering, for He who promised is faithful. And let us consider one another in order to stir up love and good works, not forsaking the assembling of ourselves together, as is the manner of some, but exhorting one another, and so much the more as you see the Day approaching.”

Dear brothers and sisters in the Lord and those who seek to repent and receive salvation, I pray that you will begin to live your life with a different mindset on a daily basis. You have been bought with a price. Jesus died for your sins so that you may live a life pleasing to God, to receive and inherit all that has been promised to you through Him who receives you into the Kingdom.

Salvation = taking off the old man and putting on the new man. You have received the Blood transfusion.

Not Carnality But Christ
If then you were raised with Christ, seek those things which are above, where Christ is, sitting at the right hand of God. Set your mind on things above, not on things on the earth. For you died, and your life is hidden with Christ in God. When Christ who is our life appears, then you also will appear with Him in glory.

Character of the New Man
Therefore put to death your members which are on the earth: fornication, uncleanness, passion, evil desire, and covetousness, which is idolatry. Because of these things the wrath of God is coming upon the sons of disobedience, in which you yourselves once walked when you lived in them.
But now you yourselves are to put off all these: anger, wrath, malice, blasphemy, filthy language out of your mouth. Do not lie to one another, since you have put off the old man with his deeds, and have put on the new man who is renewed in knowledge according to the image of Him who created him, where there is neither Greek nor Jew, circumcised nor uncircumcised, barbarian, Scythian, slave nor free, but Christ is all and in all.

Therefore, as the elect of God, holy and beloved, put on tender mercies, kindness, humility, meekness, longsuffering; bearing with one another, and forgiving one another, if anyone has a complaint against another; even as Christ forgave you, so you also must do. But above all these things put on love, which is the bond of perfection. And let the peace of God rule in your hearts, to which also you were called in one body; and be thankful. Let the word of Christ dwell in you richly in all wisdom, teaching and admonishing one another in psalms and hymns and spiritual songs, singing with grace in your hearts to the Lord. And whatever you do in word or deed, do all in the name of the Lord Jesus, giving thanks to God the Father through Him. (Colossians 3:1-17 NKJV)

That ye put off concerning the former conversation the old man, which is corrupt according to the deceitful lusts; And be renewed in the spirit of your mind; And that ye put on the new man, which after God is created in righteousness and true holiness. (Ephesians 4:22-24 KJV) 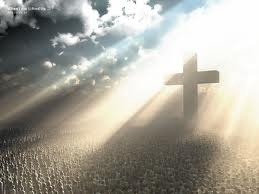 The Blood of Jesus is POWER and has the ability to make you new if you choose to receive. We’ve come into a new year and it’s time to praise God and thank him for mercy. We don’t deserve grace but it has been given. Don’t take for granted that “one day I’ll change and get right with God ” because tomorrow isn’t promised. Neither is the next breath.

Jesus is coming back. Believe it. It’s time to get your “house” in order and do what is right. Live this life not conformed to worldly standards but that of God’s. Our Father is a loving God, but a jealous One who will not have anyone or anything taking first place to Him.

•Do not worship any other god, for the Lord, whose name is Jealous, is a jealous God. (Exodus 34:14 NIV)

•The Lord is a jealous God and avenging; the Lord avenges and He is full of wrath. The Lord takes vengeance on His adversaries and reserves wrath for His enemies. (Nahum 1:2 AMP)

May the God Who is able to sustain you be with you from this day forward. Bless every word that proceeds out of your mouth, every thought that enters your mind, for out of the mind it filters down to your heart and out of your mouth. Ask Him to renew, restore and revive that righteous person you are called to be in Christ Jesus. You can not ” get it right ” before you come to Him. In your weakness you are made strong in the Lord. He will meet you right where you are in all your brokenness and begin to reign as Lord and Savior in your life.

Turn this year into a new one. Don’t look back at the past. It’s nothing but a hinderance if it isn’t producing good fruit ( spiritual ) in your life. Birds of a feather flock together. Look to your left and right and see if the fruit bearing around you is producing for the good or bad. Harvest time will show evidence throughout the year. Choose wisely what seeds you sow.

God loves you and so do I. Praying for ya…….

" For I know the plans I have for you ", declares the Lord, " plans to prosper you and not harm you, plans to give you hope and a future.Then you will call on me and come and pray to me, and I will listen to you. You will seek me and find me when you seek me with all your heart."(Jeremiah 29:11-13 NIV )

©All Rights Reserved2011-2016 Terra Newsome and Living Simply In Abundance

Please do not copy, change and/or edit words or pictures especially if they are noted as my personal photography photos under Terra Newsome/ Divine Creations Photography. Content may be reblogged, quoted or shared on other sites. I only ask that credit be linked back to this site and its owner.