Are you wondering what Recycled Sin means? Take a look at the pictures below. See if you can figure it out before reading the rest of the post. 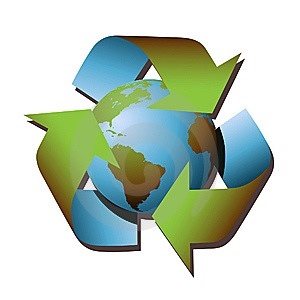 Okay so how about this one?

So I’m sure you are wondering what I meant by my title Recycled Sin.

Well I will tell you. No sin is new sin. It keeps going and going and going. God is not gasping as He watches us. He knows our very thoughts, words and actions before we commit them whether they are good or bad.

Heaven and Hell is REAL.

Time and time again we take chances. We convince ourselves that if we are good people that we will make it into heaven. Now hear me when I say that I am not judging anyone and I surely have no power to put anyone in heaven or hell BUT my walk with the Lord can be a reflection of how I live my life and where I want to go when I leave this earth.

God is our Judge and He alone will decide where we go for eternity.

Good works will not get any one of us into heaven. If we have not accepted Jesus as our Lord and Savior, if we have not received salvation…. our decision is taking us to one place or the other.

IT’S TIME TO WAKE UP PEOPLE.

When we know in part, we should live out what we believe. We cannot take the Bible and sugarcoat pieces of it just so that we can still have “the best of both worlds”. This does not cut it with God.

The Bible tells us that we cannot serve two Masters. We will love and serve one or the other. This does not apply only to money as people tend to naturally think about because it’s like a well known slogan especially when and if we do not know God’s word for ourself.

Satan himself knows that God is real yet I can say that he was still dumb enough to try and take God’s position. Before you know it he was given the ole heave-ho into hell along with those who followed him.

Be careful and be not deceived. Satan knows Scriptures just like us. He can take them and twist them to make you believe that what you see, hear, speak and believe is the truth. He lies, he sugarcoats and can get you to believe anything unless you come back at him with the Word of God.

Your word I have hidden in my heart, That I might not sin against You. (Psalm 119:11 NKJV)

Let’s take a look at Who could NOT be fooled.

Then Jesus was led up by the Spirit into the wilderness to be tempted by the devil. And when He had fasted forty days and forty nights, afterward He was hungry. Now when the tempter came to Him, he said, If You are the Son of God, command that these stones become bread. But He answered and said, It is written, Man shall not live by bread alone, but by every word that proceeds from the mouth of God. Then the devil took Him up into the holy city, set Him on the pinnacle of the temple, and said to Him, If You are the Son of God, throw Yourself down. For it is written: He shall give His angels charge over you, and, In their hands they shall bear you up, Lest you dash your foot against a stone. Jesus said to him, It is written again, You shall not tempt the Lord your God. Again, the devil took Him up on an exceedingly high mountain, and showed Him all the kingdoms of the world and their glory. And he said to Him, All these things I will give You if You will fall down and worship me. Then Jesus said to him, Away with you, Satan! For it is written, You shall worship the Lord your God, and Him only you shall serve. Then the devil left Him, and behold, angels came and ministered to Him. (Matthew 4:1-11 NKJV)

Whether its lying, adultery, homosexuality, or whatever it is that was spoken by God that is considered as sin, people treat it as if it’s a trend; that it is normal because it has been done for centuries; that it is acceptable as to not wanting to hurt anyone’s feelings or that you will not fit in though your mind and heart tells you that you just do want to stand OUT because you know the truth.

So who are we siding with? Do we really care where someone is going for eternity?

I get the pause and cricket syndrome when I ask if a person had salvation before he/she passed away.

Sadly I hate to say that it happens too often. Recently I found out that someone who was supposedly not living a life as a heterosexual passed away. Now whether it was true or not, it is not the big issue because one could be a murderer, rapist, cheater or a pathological liar. If they did not repent of their sins, if they did not receive salvation they likely are not spending eternity in heaven. I say likely because anything can take place in between the last minutes/days of life.

God knows and sees the heart for what’s true and what’s not.

I’m not playing judge and I am not pointing fingers but the Bible tells us clearly what’s true. There is no gray area.

Heaven or Hell. Isn’t that clear enough? Perhaps not for some. I pray that this mindset will become less and less and the fear of where one will be for eternity will kick in.

Where’s the compassion, where’s the love and concern? Are we too wrapped up in pleasing man instead of God? If we love and care the way we say we do then we will speak up.

No coaxing, no sugarcoating, no taking a blind eye and deaf ear to the very things we know are WRONG. Let’s do right by God when conviction sets in our heart. ( if we know the truth )

There is a time and place for everything and a way of handling people and circumstances. Our Lord and Savior Jesus Christ was a living example to us all as to how to treat people. He hung out with those we would turn our noses up to or be quick to open our mouths and call them out on their sin, yet without taking a look in the mirror and seeing our own.

for all have sinned and fall short of the glory of God, (Romans 3:23 NKJV)

So when they continued asking Him, He raised Himself up and said to them, He who is without sin among you, let him throw a stone at her first. (John 8:7 NKJV)

I encourage you to read this entire chapter being that a portion of it is talking about an adulterous woman who was about to be stoned to death for her sin but Jesus set the record straight.

I beseech you therefore, brethren, by the mercies of God, that you present your bodies a living sacrifice, holy, acceptable to God, which is your reasonable service. And do not be conformed to this world, but be transformed by the renewing of your mind, that you may prove what is that good and acceptable and perfect will of God. (Romans 12:1, 2 NKJV)

Scriptures to read and meditate on:
Romans 8 ( in its entirety )

Let’s wake up and take life seriously. To appease others can cause a soul to spend eternity in hell. Think about it and act. Remember that we will all be held accountable for our actions. Is pacifying sin worth the cost?

What then shall we say to these things? If God is for us, who can be against us? (Romans 8:31 NKJV)

Trust in the Lord with all your heart, And lean not on your own understanding; In all your ways acknowledge Him, And He shall direct your paths. Do not be wise in your own eyes; Fear the Lord and depart from evil. (Proverbs 3:5-7 NKJV)

" For I know the plans I have for you ", declares the Lord, " plans to prosper you and not harm you, plans to give you hope and a future.Then you will call on me and come and pray to me, and I will listen to you. You will seek me and find me when you seek me with all your heart."(Jeremiah 29:11-13 NIV )

©All Rights Reserved2011-2016 Terra Newsome and Living Simply In Abundance

Please do not copy, change and/or edit words or pictures especially if they are noted as my personal photography photos under Terra Newsome/ Divine Creations Photography. Content may be reblogged, quoted or shared on other sites. I only ask that credit be linked back to this site and its owner.